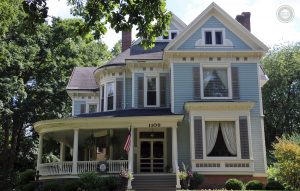 There are a few things that I can readily identify that I don’t process well. A big one is figuring what time it is in another time zone and managing time changes. Have I ever been late to church on time change day? Perhaps. But… I’ve also been an hour early a time or two!

I know that I live in the middle of the United States. I know that it’s one hour later in the East because that’s where the sun is setting. I understand that it’s earlier in California. But how much earlier? And what about the Rockies? Do they have a time zone? Every time I schedule a blog post I have to be consciously be aware of time zones, because apparently my Google Blogger program lives in Cali.

As a traveler, time zones become very important, but I’ve learned that airlines put the local departure and arrival times on the tickets, so I just go with it. I can’t imagine what it would be like to travel internationally and arrive when it’s really tomorrow. Or yesterday. I do know what it’s like to arrive for a wedding and find it an hour later than it was as we turned into the venue. My nephew got married in a beautiful arboretum just outside Princeton, Indiana. No kidding, just as we drove the last half mile watching Google Maps, the time changed. We were an hour late! For a wedding. A wedding! Not a three hour play, not a two hour concert, a wedding. A protestant wedding. 30 minutes tops! The funny thing is, some people didn’t even know, because the time change line was dependent on your cell phone carrier and some towers didn’t pick up the change. All was well, but for a minute there…